In the early years, much of the formation of the Sisters was based upon the patroness of the Monastery: St. Thérèse of Lisieux. 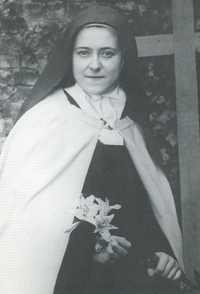 Mother Foundress had a great personal devotion to St. Thérèse, and she quickly inculcated it into the community. During Novitiate classes, reading from the book The Spirit of St. Thérèse was a must, and the Sisters were led along the way of littleness and spiritual childhood. This was a good thing, as the life was rigorous and the personalities were strong. Mother Foundress had the ability to attract and retain women of exceptional character; many born leaders resided in the community prior to her death, and more would enter under the leadership of Mother Marie Genevieve. 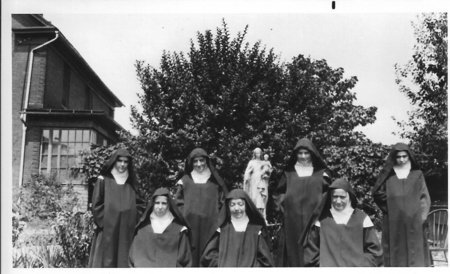 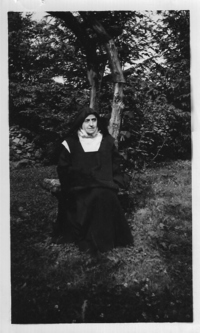 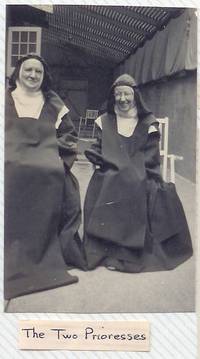 For the Carmelite life to be lived properly, sufficient building space and enclosure grounds are needed. In 1929, Mother Marie Joseph decided to look for a suitable location on which to build the new monastery. In this endeavor, she had the assistance of Mr. Charles M. Schwab, the great steel magnate, his wife, Eurana, and also his mother, Mrs. Pauline Schwab, all of whom lived nearby and had become good friends of the community. 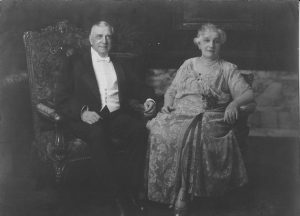 Mr. Schwab’s sister had transferred to our Carmel from the Seton Hill Sisters of Charity and had become Sister Mary Cecelia of the Blessed Sacrament. Pauline, Mr. Schwab’s mother, had great devotion to St. Thérèse and when Mother Marie Joseph, with her sense of humor, sent one of the community’s small statues of the Saint, via taxi, to the Schwab’s with the note “I need a new home,” Pauline was completely captivated. Needless to say, her son, Charles, soon saw to the building of the new Carmel on land offered by the Franciscan TOR Fathers in Loretto, PA. 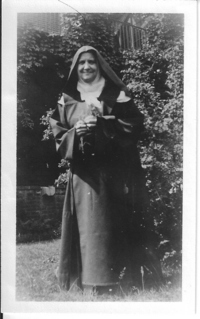 Mr. Schwab did nothing by halves, and he made sure that the local economy would benefit from the construction of the Monastery. Many local people come to visit us and remark: “My dad (grandfather, uncle, etc.) worked on this building!” The Sisters were able to move into the almost finished monastery by May of 1930. 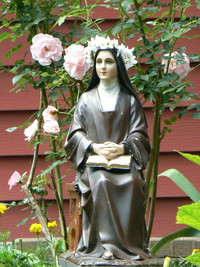 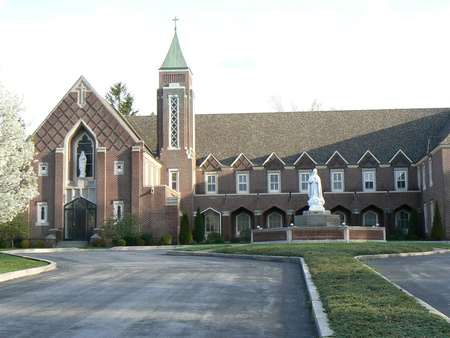