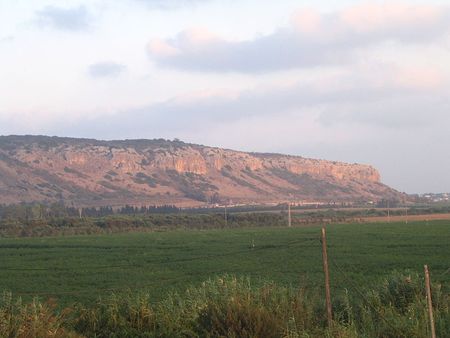 Ever since Old Testament times, when the holy Prophet of God, Elijah, slew the prophets of the false god on its heights, the holy mountain of Carmel has been seen and revered as the place where the worship of the Only True God was defended and firmly established and also the place where communion with God could be sought and attained.  Tradition tells us that since the time of Elijah there have always been at least a few persons dwelling on Mt. Carmel who were dedicated to the continual seeking and worship of God.

From Crusaders to Carmelites

Toward the end of the twelfth century, a group of Crusaders settled on the western slopes of Mount Carmel.  They no longer wanted to be soldiers of an earthly army but, instead, to be soldiers of Christ.  They were desirous of imitating the Prophet Elijah by living a hermit-like life in the grottoes and caves of the mountain, and settled their community “near the spring of Elijah on Mount Carmel”.  They were given a Rule of life by St. Albert of Jerusalem in 1204 and began to flourish. 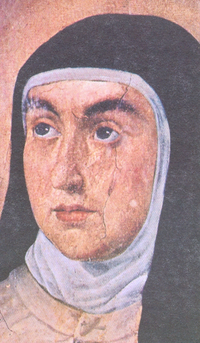 Invasion by the Saracens forced them to emigrate to Europe by the end of the 13th century, and during the 15th century Blessed John Soreth organized a community of ‘beguines’, that is, a group of devout, holy women, in Belgium into the first monastery of Carmelite Nuns. These nuns soon spread throughout Europe, and it was into the Carmel of the Incarnation in Avila, Spain, that St. Teresa of Jesus, Our Holy Mother, entered in 1534. 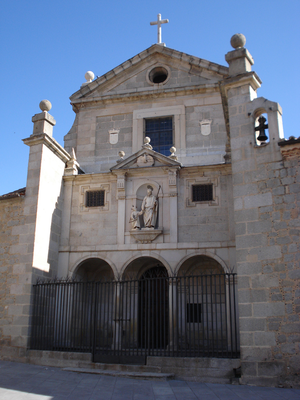 Twenty-eight years later, in 1562, St. Teresa became convinced of the need to return to the primitive rule of Carmel with its emphasis on silence, solitude, strict enclosure and a small, sisterly community life of manual labor, prayer, penance and joyful recreation, where all would strive to live “the evangelical counsels as perfectly as possible”.  Our Lord inspired her to found the first monastery of Discalced Carmelite Nuns under the patronage of St. Joseph in Avila, Spain.

Our Holy Mother and her first daughters of the Reform were filled with a tremendous apostolic zeal for the great needs of the Church, for Priests and for all souls.  This zeal from the Holy Spirit also impelled St. Teresa to multiply her foundations throughout Spain.  After her holy death, her spiritual daughters carried her charism into France and Belgium and even Poland.

Carmel Spreads Throughout the World 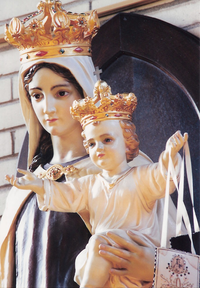 Our Lady of Mt. Carmel

Like a great tidal wave of grace, Carmel has since spread all around the world where there are now almost 900 monasteries of Nuns.  Even the very first Catholic Sisters to be established in our young nation were contemplative Discalced Carmelite Nuns.  In 1790, the first group of our Nuns came to the States.  They were three Americans and an Englishwoman from the Hoogstraet Carmel in Belgium.  They first settled in Port Tobacco, MD.  Today, there are about 60 monasteries of Carmelite Nuns in the U.S. striving to live lives “given wholly and in full freedom to the service of God’s praise” from within their enclosures.  This hidden, silent witness constitutes for all people a call to prayer and a reminder of the truth of God’s existence. 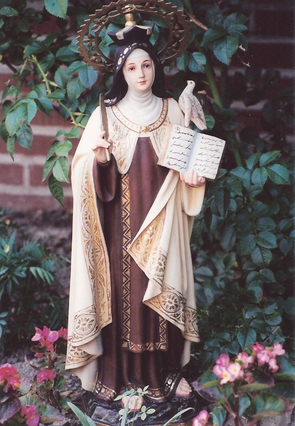 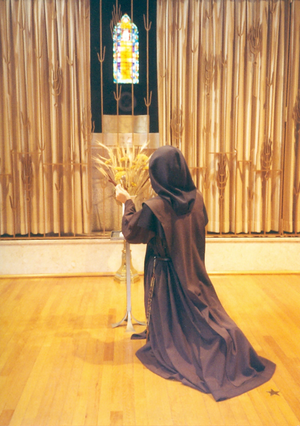